After looking at the steady decline within the mailing lists several people thought that it was symptomatic of individuals moving onto other means of discussion. Looking at other mailing lists within the Linux Audio (LA) community, this didn’t really seem to be the case. If not mailing lists, then there’s always the possibility that people have moved onto forums or social media.

One of the biggest forums out there in LA is Linux Musicians (LM). From my own experience it’s a reasonably active site with plenty of LA users and a few LA devs. Based upon the names involved within the LA mailing lists and LM forums I don’t see a migration, but what is mostly a new community. Rather than speculate on these impressions, let’s look at some data provided by a helpful LM administrator. 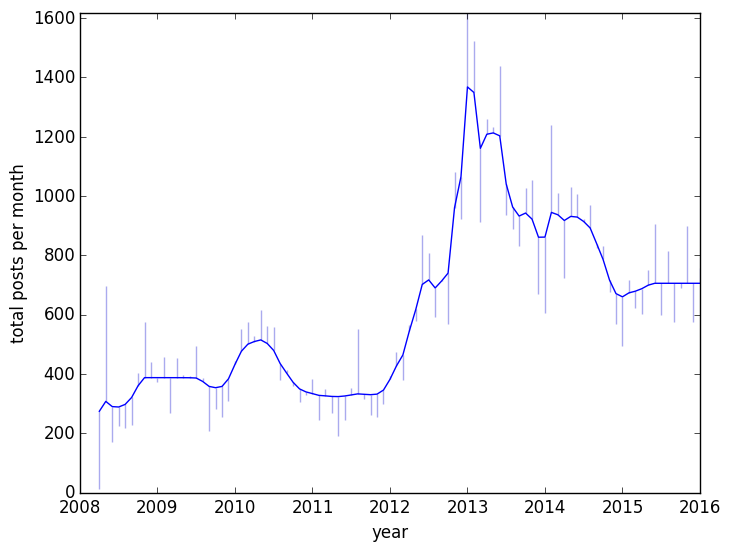 From 2013 onward this activity exceeds the activity seen on the linux-audio-user (LAU) mailing list. There’s still the possibility that this is simply a small collection of very active users though, so let’s look at the number of active monthly posters: 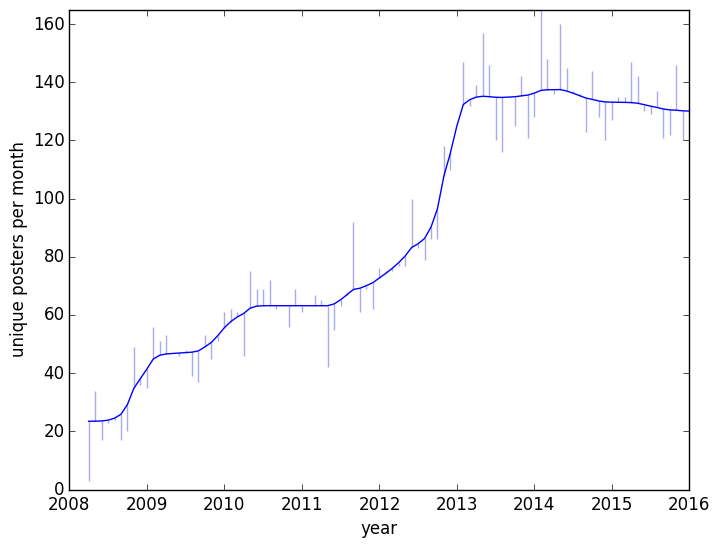 Here the steady growth can be seen up through mid-2013. The overall number of active monthly users is lower than what was previously seen in LAU, however the user-base seems remarkably stable. There’s a very slight decline in the 2014-2016 period, but that could very well be noise. So far there doesn’t seem to be a sharp upturn in new users around the start of the LA mailing list decline of 2010. 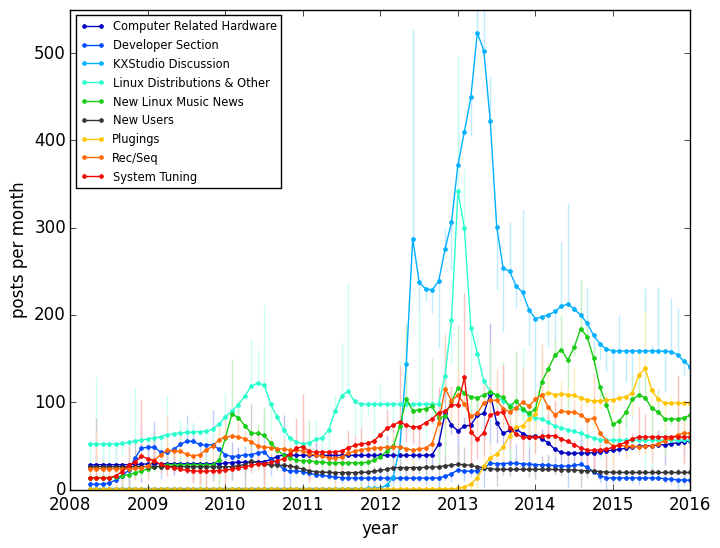 This figure explains a few features of the overall posting:

This growth can be similarly seen in the active monthly users plot: 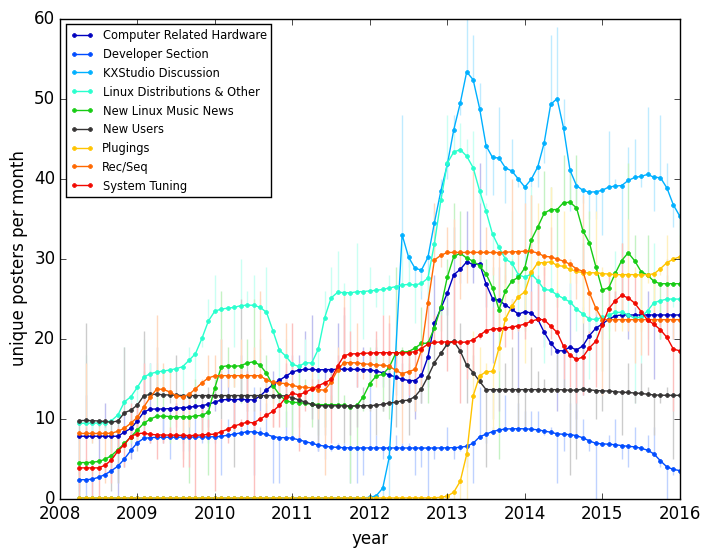 Without really digging through the forums I’d say mid-2012 looks like a combination of software releases with kxstudio driving traffic to the site. This is when the bulk of users seem to start flowing in. The "new users" slow spike around 2013 really shows the influx of users. Once again in this view there’s a small population of developers.

In summary, LM seems to be a very healthy forum who’s success can be primarily traced back to 2012-2014. The LM user-base appears to be in much better shape in terms of consistent activity and scale of activity when compared to the LAU mailing list. There is limited adoption for developer-developer conversation on LM, but there is active feedback between developers and users as shown by the consistent "new linux music news" sub-forum activity.