Is it just me or have things seemed a little quieter in the Linux audio community?

At first I thought it was just what I was seeing and where I read my news from, but out of curiosity I looked into the mailing list. Looking at the archived gzips of the months gone by it was relatively clear there wasn’t a ton of very active months recently, but that could be a fluke. Digging a little deeper I scraped the archives to look at both posts frequency and the authors involved with the discussions on the development, users, and announcement mailing lists. The post counts were pretty readily reflected in the size of each monthly archive and plotting the data did show some weak downward trends. 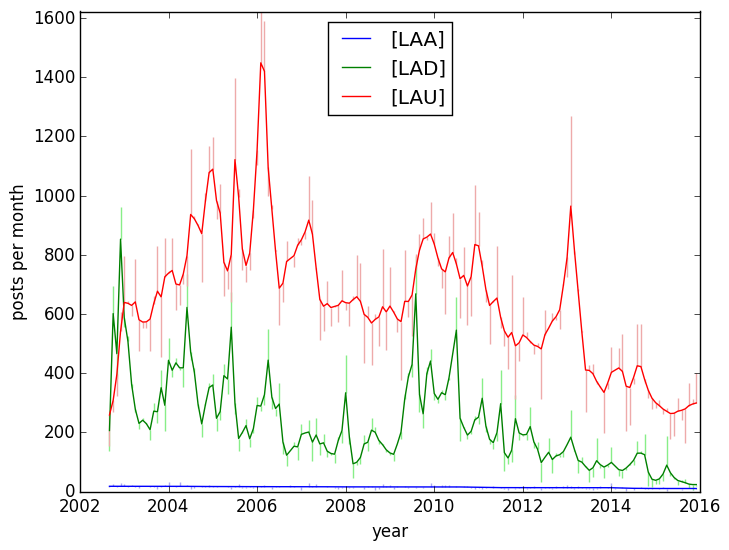 Of course this doesn’t really capture who is talking about what all that well. Seeing the trend in unique authors per month painted a much more convincing picture for both the user and development mailing lists. 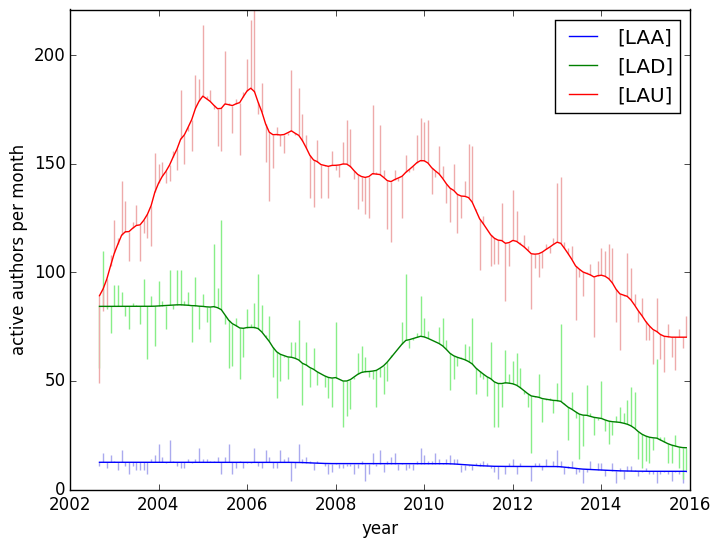 Within each list there’s a fluctuation every year corresponding to more activity during the summer and less during the winter months, but the downward trend is cutting through all of that. These plots roughly match up with the total posts starting to decline around 2010. While I wouldn’t expect the current trend to continue as quickly as it has the developer’s mailing list is on a trajectory to be virtually dead around 2018. Not exactly great news for a community which needs individuals with specialized development skills to prosper.

Looking at when people stop posting is another way to view this problem, where in LAD about 10 people post their final post per month and LAU about 15 people per month stop posting. 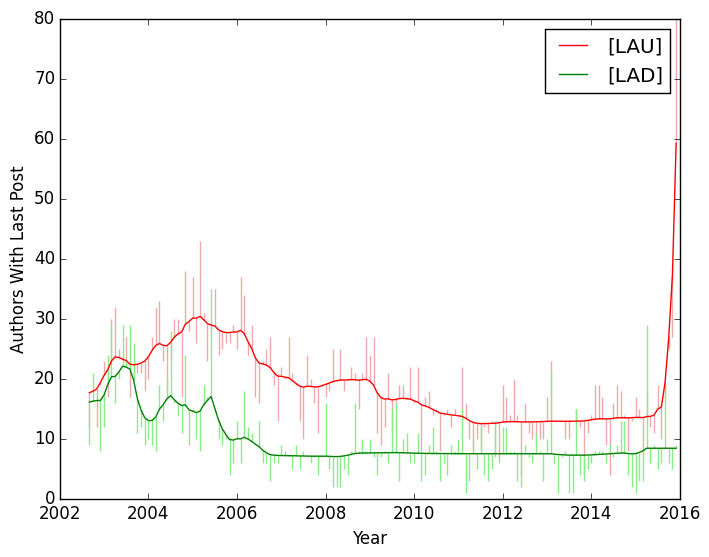 Some of this can be explained by the huge number of people who only post once or twice on the mailing list, but that doesn’t change the fact that fewer people are joining the discussion. Looking at the number of new posters and final posters we can see that 2010 pops up again as the point where both lists start to lose more users than they gain. 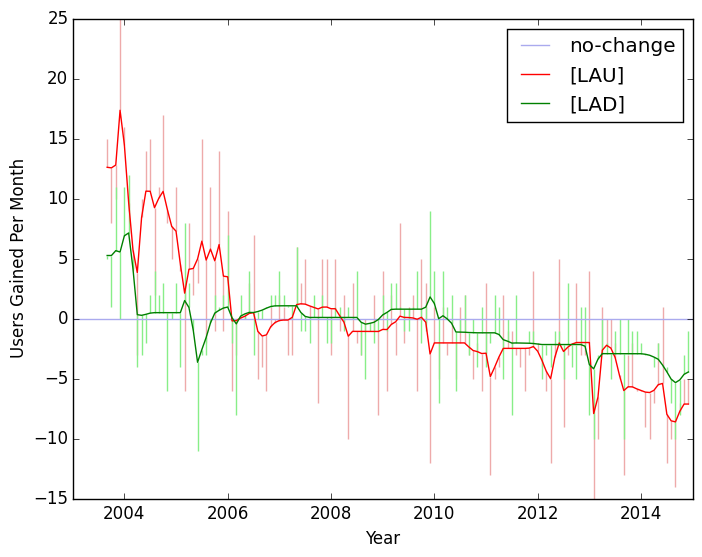 These are all possible and given the data out there most of this is a shot in a dimly lit room. I’m interested to see if some of these dynamics can be linked back to some of the months with explosive traffic. As can be seen in the first plot, some months had a few hundred messages more than the surrounding months. While these spikes don’t necessarily draw in more unique authors than average, they may reveal some long term pain points for why interest appears to be waning on the lists.